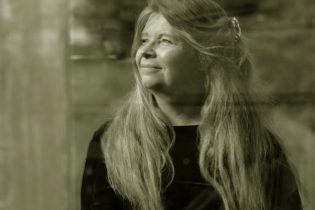 Born in Lancashire in 1952 to Irish parents, Nuala Ní Dhomhnaill was brought up in the Dingle Gaeltacht and in Nenagh, Co. Tipperary, and was educated at University College, Cork.

In 1995, she edited Jumping off Shadows: Selected Contemporary Irish Poets with Greg Delanty, and she has written several children’s plays.

She was writer in residence for Dún Laoghaire Rathdown County Council in 1998, and she taught at New York University, Boston College and Villanova University in the U.S. In 2001 she became Ireland Professor of Poetry. She lives in Dublin.