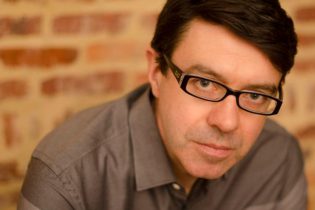 Born in Dublin in 1970, Donnacha Dennehy composes for both acoustic groups and electronic media. His music has been commissioned and performed by ensembles and soloists as diverse as Bang on a Can All-Stars; Orkest de Volharding; London Sinfonietta; the RTÉ National Symphony Orchestra; Aurelia Saxophone Quartet and pianist Joanna MacGregor. He also enjoys collaborations with artists in other fields and has worked with choreographers Yoshiko Chuma and Marie-Cecile de Bont.

He studied music at Trinity College, Dublin and the University of Illinois, USA where his main teacher was Salvatore Martirano. He later pursued further studies in electronic music in Amsterdam and Paris. His work has featured in many festivals including State of the Nation in Southbank, London; Expo 2000 in Germany and Sonic Evolutions at the Lincoln Centre in the USA.

In 1997, after returning to Ireland from Paris, he founded Crash Ensemble to concentrate on the newest music exploiting multimedia. Recent premieres include Streetwalker (2003) commissioned for the renowned Bang on a Can Festival in New York and The Weathering, performed at Lincoln Centre by the Dutch group, Electra (2004).