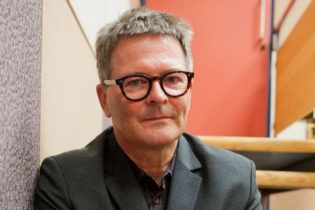 Philip Davison was born in Dublin in 1957.

A drama based on his novel, The Crooked Man, was produced for Carlton Television. He co-wrote two television dramas – Exposure, and Criminal Conversation.

His play, The Invisible Mending Company, was performed on the Abbey Theatre’s Peacock stage. He has written four radio plays – Being Perfect, The Duke, Lennon’s Guitar, The Fishmonger. He received a BBC/Stewart Parker award for radio.

He co-wrote the script for Learning Gravity, a documentary film on poet, essayist and undertaker, Thomas Lynch, directed by Cathal Black.