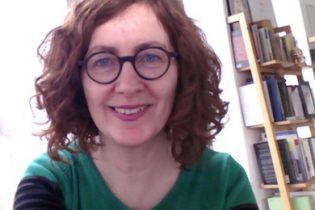 Born in Dublin, in 1962, Grace Weir works primarily in the moving image and installation. A graduate of the National College of Art and Design and Trinity College, Dublin (M.Sc in Interactive Media), her work focusses on the slippages between the conceptual and experiential in different fields of enquiry.

One particular area of her work is her unique approach to research, based on a series of conversations and experiments with scientists, philosophers and practitioners from other disciplines.  The resulting work ranges from structural cinematic works and installations to experimental videos, lecture-performances and web projects.

From 2012-2015, she was Artist-in-Residence in the School of Physics, in Trinity College Dublin.