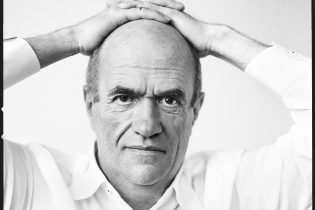 Born in Enniscorthy, Co. Wexford in 1955, Colm Tóibín lived in Spain for several years before returning to Ireland to work as a journalist, editing In Dublin and Magill magazines.

His first novel, The South, won the Irish Times/Aer Lingus Literature Prize in 1991; subsequent novels are The Heather Blazing (1992), The Story of the Night (1996) and The Blackwater Lightship (1999), which was shortlisted for The Booker Prize.

He won the E.M. Forster Prize from the American Academy of Arts and Letters in 1995, and in 2000 was a fellow at the Center for Scholars and Writers at New York Public Library. The Master, a novel about the life of Henry James, will be published in 2003. His work has been translated into 20 languages.