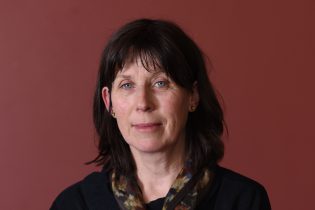 Born in Dublin in 1958, Kathy Prendergast studied at the National College of Art & Design and the Royal College of Art, London. She participated in the 1985 Paris Biennale, and she represented Ireland at the Venice Biennale in 1995, where she won the Best Young Artist Award.

Her sculpture frequently uses everyday objects, and even human hair. She began her epic City Drawings project in 1992, which is comprised of pencil-drawn maps of the capital cities of the world; the entire work is now in the permanent collection of the Irish Museum of Modern Art.