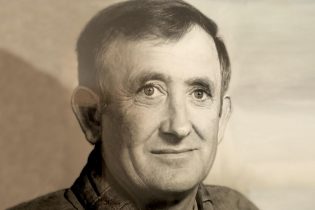 Born in An Chré Dhubh in An Spidéal in 1942, Joe Steve Ó Neachtain wrote creatively since 1969. His radio drama series Baile an Droichid, Raidió na Gaeltachta, 1986 to 1996, received the Jacobs Award. His collection Cloch Mhóin (1998) received Cló Iar-Chonnachta;s literary prize in 1998 and was nominated for the Irish Times Literary Prize the following year.

His most recent work is the collection of short stories Salann Garbh (2009). An tOireachtas awarded him Actor of the Year in 2012 for his role as Peader in TG4’s Ros na Rún.