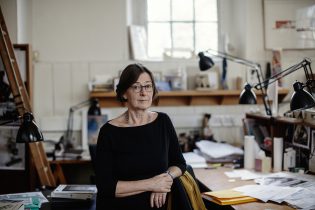 Born in Dublin in 1953, Sheila O’Donnell graduated from UCD Architecture in 1976 when she moved to London for work and further study. In 1980 she was awarded a Masters Degree from the Royal College of Art in London.

She established O’Donnell + Tuomey Architects in Dublin with John Tuomey in 1988.

O’Donnell + Tuomey have won the AAI Downes Medal seven times, six times exhibited at the Venice Biennale, have been five times shortlisted for the RIBA Stirling Prize and received the RIAI Gold Medal in 2005.

In 2015 she was joint recipient with John Tuomey of the RIBA Royal Gold Medal and the American Academy of Arts and Letters Brunner Memorial Prize for contribution to architecture as an art.

Recent projects include a new museum for the V&A and a new dance theatre for Sadler’s Wells in East London, both currently under construction, and new studios for the school of architecture at the University of Liverpool.

Teaching and writing have been important to her critical practice. She is Emeritus Professors in UCD Architecture having taught there since 1981. She has taught in many schools of Architecture in the US, UK, and Europe.

Her watercolour studies have been exhibited in the Royal Hibernian Academy and the Royal Academy London and were the subject of an exhibition in Clifden Arts Festival 2019..

In 2019 she was elected a Foreign Honorary Member of the American Academy of Arts and Letters.

In 2019 she won the Architect of the year Award in the Women in Architecture Awards in London.