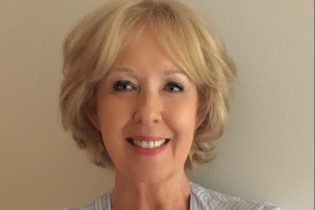 Mary O’Donnell writes both poetry and prose. Her many collections include Unlegendary Heroes (Salmon 1998), September Elegies (Lapwing 2003), The Place of Miracles (New Island 2005), The Ark Builders (Arc Publications UK 2009) and Those April Fevers (Ark Publications 2015). An eighth collection of poetry – Mary of St Médiers – will be published next year.

She has co-edited a collection of Galician women’s poetry, To the Winds Our Sails, (Salmon 2010), and a selection of her work has been translated into Hungarian in Csodák Földje (Irodälmi Jelen Könyvek 2011).

A major collection of essays on her work appeared during 2018: Giving Shape to the Moment: the Art of Mary O’Donnell, Poet, Novelist, Short-story Writer (Peter Lang Scholarly Publishers, Zurich and Oxford), edited by Prof Elena Jaime de Pabos, with contributions from Irish and Spanish academics and writers.

She holds a PhD in Creative Writing based on Independent Research by Prior Publication from UCC and has taught writing and literature at many institutions, including Carlow University Pittsburgh, Maynooth University, Galway University and the University of Sao Paolo, Brazil.