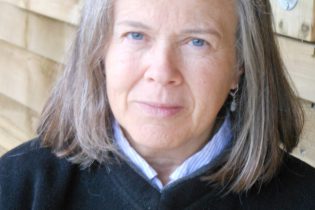 She has published poetry in many newspapers and journals, including The Observer, The Guardian, The Times Literary Supplement, The Irish Times, Poetry Ireland Review and New Statesman. She received the Michael Hartnett Poetry Award in 2001 and was awarded Arts Council of Ireland Bursaries in 1985, 1990 and 1998.

Her poems for older children have appeared in numerous anthologies in the U.K. (including the New Oxford Book of Children’s Verse, the Oxford Book of Children’s Poetry and the New Faber Book of Children’s Verse) and in school texts in Ireland, England, America and Canada. Her poems for children are collected in Bright Lights Blaze Out (Oxford University Press, 1986), Cambridge Contemporary Poets 2 (Cambridge University Press, 1992) and in three full-length collections, Taking My Pen for a Walk (Orchard, 1988), Two Barks (Bloodaxe Books, 1998) and The Book of Whispers (Faber & Faber, 2006).