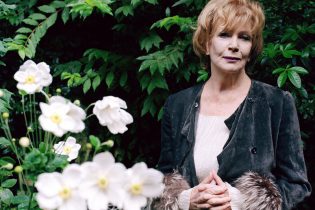 Recognised as one of ‘the greatest Irish writers of the twentieth century’ (Dwight Garner, New York Times) and “the most gifted woman now writing in English” (Philip Roth), Edna O’Brien is a bestselling novelist, memoirist, playwright, poet and short story writer. In 2001, Edna received the Irish PEN Award, in 2006 she was awarded the Ulysses Medal by University College Dublin, and she won the 2018 PEN/Nabokov Award for Achievement in International Literature.

On the 15th September 2015 Edna O’Brien was elected Saoi of Aosdána in a ceremony presided over by President of Ireland Michael D. Higgins, where she was presented with the symbol of the office of Saoi, the gold Torc.

Her latest novel, Girl, has been described as ‘a masterclass of precision and mercilessness’ (Alex Clark, The Guardian), ‘impeccably written and indelible’ (Catherine Taylor, FT), and ‘hypnotic, lyrical, and pulsating with dark energy… a masterful study of human evil’ (Christina Patterson, Sunday Times).