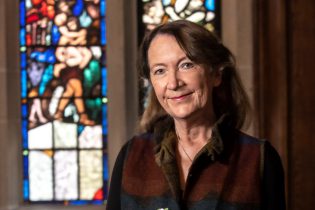 Éilís Ní Dhuibhne was educated in Dublin, at UCD and at the University of Copenhagen. She has a BA, an M.Phil in Middle English, Old and Middle Irish and a Ph.D in Irish Folklore. She has published four collections of short stories, four novels, five books for children, two plays and much non-fiction work. Most of her original work is in English with a novel and two plays in Irish.

Drama – Milseóg an tSamhraidh – two plays, Cois Life 1997 – performed by Amharclann de Híde at the Dublin Theatre Festival 1997. The same company performed Dún na mBan trí Thine at the Peacock Theatre in 1994, where The Nettle Spinner was produced in 1998.