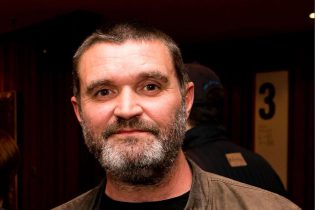 Jimmy Murphy is an Irish playwright whose works for the Abbey Theatre include Brothers of the Brush (1993), A Picture of Paradise (1997) and The Muesli Belt (2000).

He is a former writer in residence at NUI, Maynooth, a member of the Abbey Theatre’s Advisory Council and a recipient of three Bursaries in literature from the Arts Council/An Chomhairle Ealaíon.