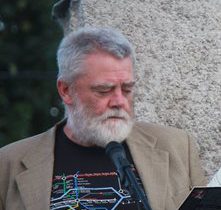 Gerry Murphy was born in Cork in 1952. and educated at the North Monastery and University College Cork (UCC).