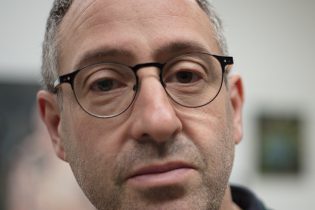 Nick Miller was born in London in 1962. Educated at  the University of East Anglia, he moved to Ireland in 1984, working first in Co Clare, then in Dublin. Since 1992, he has been largely based in Co Sligo. Elected as a member of Aosdána in 2001. He is the recipient of the inaugural 2014 Hennessy Portrait Award at the National Gallery of Ireland.

He has exhibited widely including solo shows at The Irish Museum of Modern Art, the RHA and the New York Studio School. In 2017 he was guest curator of the RDS Visual Arts Awards exhibition in Dublin. His work is held in many private, institutional and public collections nationally and internationally including The National Gallery of Ireland; Irish Museum of Modern Art; Dublin City Gallery, The Hugh Lane; The Arts Council (Ireland); The Niland Collection and The European Investment Bank, Luxembourg.