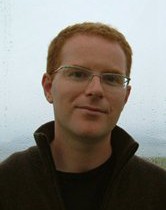 Conor McPherson was born in Dublin in 1971. He starting writing and directing while attending University College Dublin where he took a masters degree in Philosophy in 1993. His plays include Rum & Vodka, The Good Thief, This Lime Tree Bower, St Nicholas, The Weir, Dublin Carol, Port Authority, Shining City and The Seafarer. Films include I Went Down, Saltwater, Samuel Beckett’s Endgame, The Actors and The Eclipse.

Conor was appointed Adjunct Professor at the UCD school of English, Drama and Film in 2010.