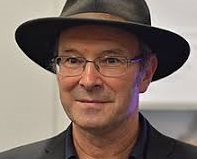 Mike McCormack is the author of two short story collections Getting it in the Head and Forensic Songs, and three novels Crowe’s Requiem, Notes from a Coma and Solar Bones. He was awarded the Rooney Prize for Literature and Getting it in the Head was chosen as a New York Times Notable Book of the Year. In 2006 Notes from a Coma was shortlisted for the Irish Book of the Year Award. In 2016 Solar Bones was awarded the Goldsmiths Prize and the Bord Gais Irish Novel of the Year; it was also long-listed for the 2017 Man Booker Prize.

Mike won the Dublin Literary prize 2018, the largest literary prize in the world for a single novel published in English, for his book Solar Bones. Mike McCormack was elected to Aosdána in 2018.