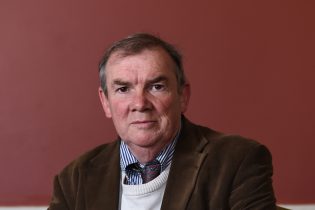 Other awards include the Alice Hunt Bartlett Prize (1981), the Ireland Funds’ Annual Literary Award (1984), and the O’Shaughnessy Poetry Award from the Irish-American Cultural Institute (1991).

A new novel, Without Memory, is due for publication shortly.

For many years he worked as a librarian in Cork City Library, and in 1994-95 he was Humphrey professor of English at Macalester College in Minnesota.