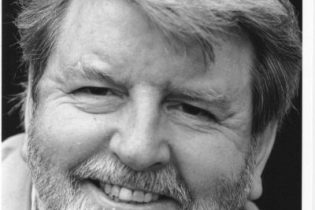 Martin Lynch was born and brought up in the docks area of Belfast. His career spans over 30 years, from resident playwright at The Lyric Theatre, Belfast in 1980 to 1988 to the present day with Lynch continuing as an active playwright. Works include celebrated landmark productions such as Dockers (1981); The Interrogation of Ambrose Fogarty (1982); Lay Up Your Ends (1983-1985) (co-written with Marie Jones & Charabanc Theatre Company) amongst many others, including most recently 1932 – The People Of Gallagher Street (2017) co-written with Gary Mitchell; We’ll Walk Hand In Hand (2018); The Miami Showband Story (2019) (co-written with Marie Jones). As well as writing for the stage, Lynch has written several plays for BBC Radio 4 and a screenplay A Prayer For The Dying for Sam Goldwyn Films. Lynch is recognised as a pioneer of theatre in the community and has written many plays in collaboration with communities, creating a unique mix of professional and community participation.