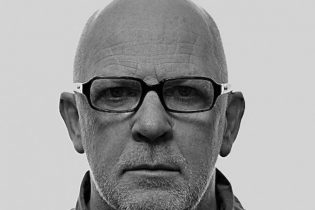 Trevor Knight was born in England in 1954. He moved to Belfast in 1959 where he began studying the piano aged 8. He attended Bolton Street College in Dublin in 1970, to study Geodetic Surveying. While there, he formed the experimental jazz-fusion band Naima which became the first outlet for his own compositions.

In the late 1970s he lived in the Netherlands and with Gay Woods formed Auto da Fé, an avante-pop group with a strong theatrical element. They recorded three albums and toured extensively throughout the UK and Ireland between 1980-90.  He has worked with many artists such as Paul Brady, Philip Lynott, Roger Doyle (General Practice), Camille O’Sullivan and Mary Coughlan. He has written scores for more than 50 theatrical productions including his work with Donal O’Kelly such as Catalpa (Fringe First Award Edinburgh 1997) and Vive La ( 2007)

In addition to his work as a composer, Trevor Knight made his directorial debut in 2004 with Just a Little One- A Dorothy Parker Cocktail for Bewley’s Café Theatre/Kilkenny Festival.  Interdisciplinary collaborations with visual artist Alice Maher include Link (Belfast Festival 1997) and a performance piece The Sky Chair (Project Arts Centre 1998). For this work they received a School of Irish Studies Foundation Award.