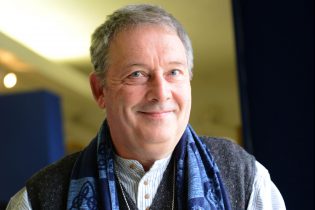 Born in Dublin in 1956, Michael Holohan was educated at University College Dublin, the Dublin College of Music, Queen’s University, Belfast, and in France. His music has been performed in Ireland and abroad, and has been broadcast by RTÉ, BBC and Canadian networks.

In 1997, the RTÉ Concert Orchestra performed The Lost Land (1996) as part of their Spirit of Ireland tour in Canada and the U.S. He has collaborated with poet Seamus Heaney on several occasions, most notably for the No Sanctuary concert and the RTÉ/BBC programme, A Nobel Tribute to Seamus Heaney.

In 2002, his work featured prominently at the Cork International Choral Festival. A Snail in My Prime, his collaboration with the poet Paul Durcan, won the Celtic Music Award at the Celtic Film and Television Festival in Brittany, France.