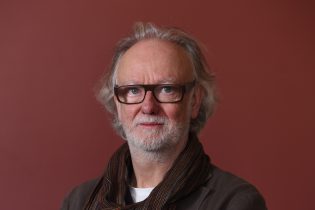 Born in Dublin, Pat Harris studied at NCAD and Higher Institute of Fine Art, Antwerp. He is regarded as one of Ireland’s leading figurative painters.

From 1986 to 2015 he lectured in Painting at the Royal Academy of Fine Art, Antwerp where, among other things, he initiated an Erasmus exchange programme for students and lecturers with NCAD; under this scheme, he taught regularly in NCAD.

While his early work was based on the human form, in his recent work he has turned to still life and landscape as central motifs; here he often pares down the image to a mere tracing, a memory of its presence.

He is an Associate Member of The Royal Hibernian Academy where, in 2017, he was elected Professor of painting. He is represented by Taylor Galleries, Dublin and Purdy Hicks, London.