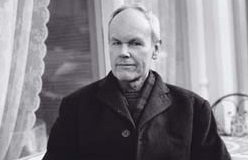 James Harpur has had five poetry collections published by Anvil Press, with one, The White Silhouette, forthcoming from Carcanet in 2018.  Angels and Harvesters (2012) was a PBS Recommendation and shortlisted for the 2013 Irish Times Award. The Dark Age (2007) won the Michael Hartnett Award; Oracle Bones (2001) was a Tablet Book of the Year; The Monk’s Dream (1996) includes the sonnet sequence about the death of his father that won the 1995 British National Poetry Competition; and A Vision of Comets was based on the poems that won him an Eric Gregory Award. He broadcasts regularly on RTÉ Radio. He lives in West Cork.