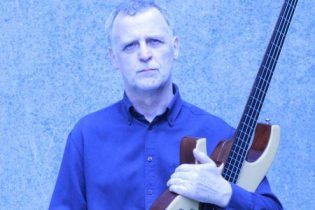 Ronan Guilfoyle began his career in Ireland in the early 1980s and he has developed an international reputation as a performer, teacher and composer. He began playing with Louis Stewart’s group appearing throughout Ireland and Britain and in 1986-87 he studied at the Banff Centre for Arts in Canada.

Since 1984 he has been leading his own groups, playing in India, China, the USA and throughout Europe, and has appeared with many leading musicians. He has recorded extensively as a sideman and leader and his output includes the award-winning Devsirme (1997).

As a composer he has written music not only for jazz ensembles but also for theatre and television. His output includes a large number of pieces for chamber ensemble and several pieces for full orchestra. He has had commissions from a wide range of ensembles and organisations including the RTÉ Concert Orchestra, The Opus 20 String Orchestra in London, and the European Jazz Orchestra and from renowned soloists including saxophonist David Liebman, violinist Michael D’Arcy and virtuoso accordionist Dermot Dunne.

In 1997 he won the American Julius Hemphill Composition Award in the USA.Active in the field of jazz education, he is founder of the Jazz Department at Newpark Music Centre Dublin, was composer in residence (97-98) at Rathdown School. He has taught at many schools in the USA, Europe and the UK. He is the author of two books on jazz education and has also lectured for UNESCO on the subject.