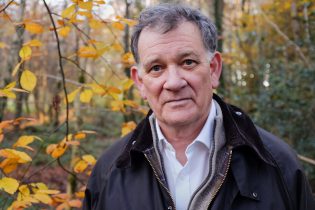 Born in in Dublin in 1954, Carlo Gébler was brought up in London, and studied at the University of York and the National Film and Television School, Beaconsfield.

In addition he has written short stories, travel articles and several works for children including Caught on a Train (2001), shortlisted for a Bisto prize, August ’44 (2003) and most recently The Bull Raid (2005), a modern retelling of the Tain, of the Cattle Raid of Cooley.

His documentary film Put to the Test won a Royal Television Society award in 1999 and his play 10 Rounds (2002) was shortlisted for the Ewart-Biggs Prize in the same year.

He is currently writer-in-residence in HMP Maghaberry, Co. Antrim. He lives in Enniskillen with his wife and five children. He was on the board of the Arts Council from 1999 – 2003.