In addition to awards for his plays, he received a lifetime achievement award from the Irish Times in 1999. He was a member of the American Academy of Arts and Letters, the Royal Society of Literature and the Irish Academy of Letters. He lived in Co. Donegal.

Aosdána is deeply saddened to learn of the death of Brian Friel. As a playwright and prose writer of genius his scope was enormously wide: he probed the great national, political and cultural dilemmas of our time unflinchingly and with intense passion but he always did so with tenderness for, and from the standpoint of, the embattled individual. His colleagues in Aosdána recognised his stature as a giant of Irish literature by electing him to be a Saoi in 2006, an honour limited to only seven artists in the country. Music was important to Brian personally; his art aspired to the condition of music. Now that he has died we can begin to see his work as one huge but intimate symphony. As an artist he is irreplaceable. Ní bheidh a leithéid arís ann. 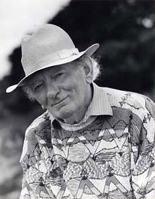