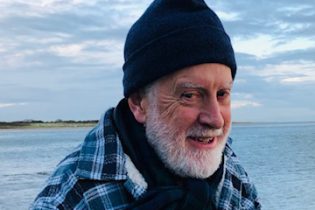 He received Harvey’s Award for best play in 1981 and Abbey Theatre’s writer-in-association in 1994. He has also held writer-in-residence posts in Mayo (1993) and Kildare (1999). He acted as curator of the Stories for the Ear project  – a web recording of 30 stories by Kildare writers – for Kildare Co Council.

He produced ‘Aidan Higgins at 80’ – a festival honouring Kildare born Aosdana member, Aidan Higgins, in 2007. “Where Would You Like The Bullet?” a 90minute film documentary on Aidan Higgins was premiered in March 2019.