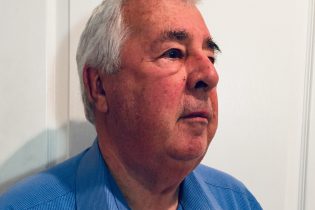 Dubliner Jim Doherty, a gigging musician since his mid-teens, decamped to London in 1960, aged 21 to study composition and orchestration.

Back home in 1963, TV had arrived in Ireland and he quickly found himself heavily involved.

By the 1980’s he had written signature tunes and incidental music for dozens of TV series (everything from Seven Days to Wanderly Wagon!), and hundreds of advertising jingles.

In the ’70’s and 80’s Jim’s music featured in five stage musicals with lyrics by his friend Fergus Linehan, including Inish, the Abbey Theatre’s first musical. In 1983 (also for the Abbey) he wrote the kid’s Christmas play (book, music and lyrics) The Lugnaquilla Gorilla, and as Joe Dowling said: “You are now an Abbey playwright.”

In 1986 The Irish National Ballet commissioned Spondance, a jazz piece, with help from The Arts Council. Jim Doherty and Louis Stewart recorded it in Los Angeles with the cream of US jazz players. Spondance was performed at the Cork Jazz Festival that year and subsequently at Helsinki (’91), Copenhagen and Oslo (’95). This year’s performance at New York’s Irish Arts Centre was cancelled due to Covid.

So much of Jim Doherty’s work has been with his old friend (and Aosdana member) Louis Stewart, and they finally recorded their duet album Tunes in 2013. Jim formed an 18 piece big-band in the seventies, a ten piece crossover band SPON in the eighties and in 2017 a saxophone quintet called Tenor Madness.

Jim has written incidental music for eleven Abbey plays and four more at the Gate Theatre. In the mid-eighties he won an award for his score, recorded by the RTE Concert Orchestra for Shadows, an eight part series based on the monochrome photographs of the Lawrence Collection. His music for the Shannon Castles entertainments is still being performed.

Jim Doherty (81and a half) is still composing and is proud to be elected to Aosdána.