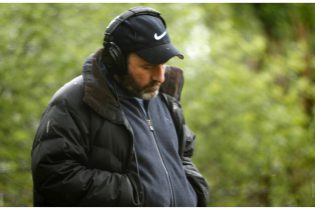 Pat Collins is a film maker from West Cork who has made 30 films over the last 20 years.  In 2012, the Irish Film Institute curated a mid-career retrospective of his work to date.  His latest feature documentary Henry Glassie Fieldwork – premiered at TIFF in 2019 and is due to be released in cinemas in Ireland in 2021.   He has directed the feature films Song of Granite and Silence and made films on the writer John McGahern, the poets Michael Hartnett and Nuala Ní Dhomhnaill, the Connemara based writer and cartographer Tim Robinson, the Iranian film maker Abbas Kiarostami (co-directed with Fergus Daly), and two political feature essay films ‘What We Leave in Our Wake’ (2009) and ‘Living in a Coded Land’ (2014).     He also makes short experimental films including ‘Pilgrim’, ‘What Remains’, ‘Twilight’ and the forthcoming ‘All Ways’ funded by the Arts Council of Ireland.  He is in post production with an observational documentary on the making of Michael Keegan-Dolan’s dance show ‘Mám’.