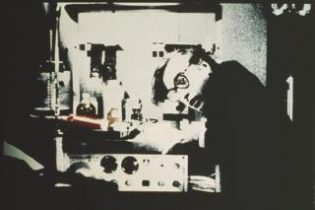 Born in Ballaghadereen, Co. Roscommon, in 1941, James Coleman has worked in multimedia and film for more than 30 years, and pioneered the use of the “slide-tape” presentation format (multiple transparencies projected with synchronized audio tape).

He has held international solo shows since 1970, across Italy, France, Germany, Holland, the U.S. and Canada. He won an Italian government student fellowship in 1967-68; the Irish-American Cultural Institute Award in 1977; and has received several Arts Council grants.