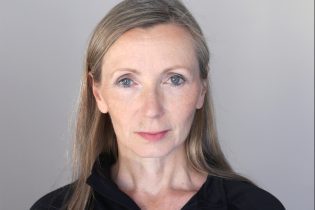 Anna Burns was born in Belfast. Her first book, No Bones, was commissioned by Flamingo, HarperCollins in the UK and published in 2001. It won the Royal Society of Literature’s Winifred Holtby Memorial Prize in 2001. It was short-listed for the Orange Prize for Fiction 2002. It was published in the US in 2002 and in Greek translation in 2005.

Her second book, Little Constructions was commissioned in 2003 and published in the UK by Fourth Estate HarperCollins in 2006. It was published in the US in 2020. Translation rights were sold in Romania and in the Netherlands.

Her third book, Milkman, was published by Faber & Faber in 2018. It won the Man Booker Prize 2018, The National Book Critics Circle Award for Fiction, 2018, The Orwell Prize for Political Fiction 2019, the Christopher Ewart-Biggs Memorial Prize, 2018-2019 and the International Dublin Literary Award in 2020. To date it has sold in 35 countries.