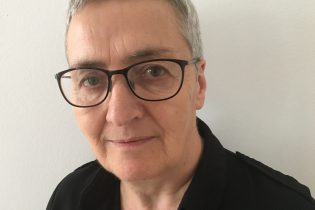 Born in Athenry, Co. Galway in 1955, Cecily Brennan was educated at National College of Art & Design in Dublin.

In 1979, she was a founder member of Dublin’s Visual Arts Centre, and she served as director of the Project Arts Centre from 1983 to 1986. From 1993 to 1997 she chaired the Visual Arts Committee for the Irish Government Department of Foreign Affairs.

Her work has travelled to Paris, Brussels, Washington, D.C. and Buffalo, New York in group exhibitions, including the 0044 – Irish Artists in Britain show, and most recently to Finland as part of the touring show Something Else: Contemporary Art from Ireland in 2002 and 2003. She lives in Dublin.