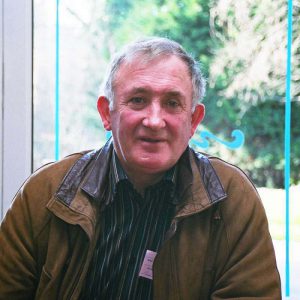 Arts Council Chair Prof. Kevin Rafter, said: “Joe Steve Ó Neachtain was a multi-talented man of many parts whose works were deeply rooted in the rhythms and riches of his native Cois Fharraige. In the numerous books that made his reputation and won him membership of Aosdána, Joe Steve contributed hugely to that cultural wealth and will be greatly missed.”

Born in An Chré Dhubh in An Spidéal in 1942, poet, actor, author and playwright Joe Steve Ó Neachtain was writing creatively since 1969. His radio drama series Baile an Droichid, Raidió na Gaeltachta (1986 to 1996) received the Jacobs Award. His collection Cloch Mhóin (1998) received Cló Iar-Chonnachta’s literary prize in 1998 and was nominated for the Irish Times Literary Prize the following year.  An tOireachtas awarded him Actor of the Year in 2012 for his role as Peader Ó Conghaile in TG4’s Ros na Rún. Ó Neachtain played the much loved Peadar Ó Conghaile since the very first episode of the Irish language production aired on RTÉ in 1992, and departed the show in 2016. He was elected to Aosdána in 2014.

Friends and colleagues recalled this week the award-winning actor, dramatist, novelist, poet, broadcaster saying, ‘Through good luck, or maybe bad luck, I wasn’t swallowed up in the wave of emigration from the area. I’ve spent my life amongst the grassroots. A courageous community, which lived for many years from hand to mouth but carried the rich culture and heritage of Cois Fharraige safely from generation to generation.’