The Arts Council and Aosdána express regret at the death of visual artist Sonja Landweer. 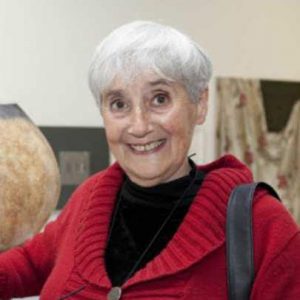 The Arts Council and Aosdána express regret at the death of visual artist and Aosdána member Sonja Landweer.

Born in Amsterdam in 1933, Sonja Landweer studied at the Amsterdam School of Industrial Design (now Rietveld Academy). She evolved a batiked-ceramic technique in the early 1960s, before moving to Ireland and working at the Kilkenny Design Workshops.

Her ceramics had been widely exhibited in Ireland and abroad. Her jewellery can regularly be seen at DesignYard, Dublin and the Pepper Cannister Gallery Dublin. Her work is represented in many private and public collections throughout the world including the Arts Council Collection.