Aosdána and The Great Book of Ireland 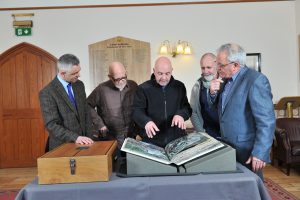 In April 2019 the 40th Annual General Assembly of Aosdána was held in University College Cork. The Assembly took place on 5th April and was preceded by a special ceremony in UCC on 4th April, during which members were invited to view The Great Book of Ireland.

The Great Book, or Leabhar Mór na hÉireann, is a vellum manuscript containing the original work of 120 artists, 140 poets and nine composers. Produced between 1989 and 1991, the book was acquired by UCC to be preserved on behalf of the Irish people.

As well as containing what are believed to be the final written words of celebrated playwright and former Aosdána member Samuel Beckett, The Great Book of Ireland also holds works by many of the current members of the Aosdána, who were able to view their work in the book during their visit to the university.

Some photos from the event of Aosdána members viewing pages in The Great Book. 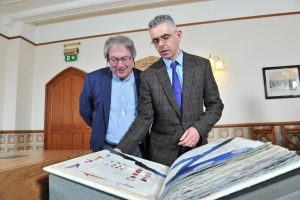 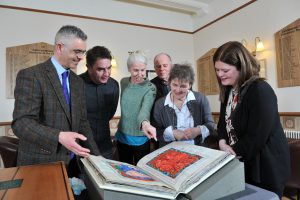 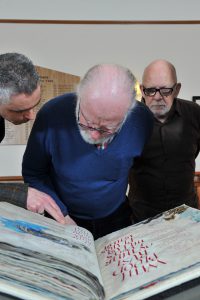 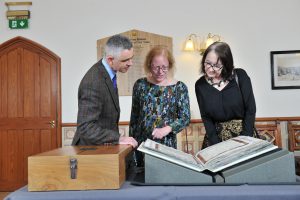 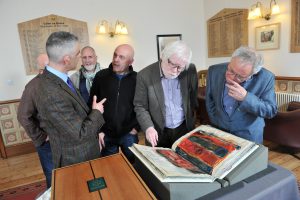