Aosdána and the Arts Council express deep regret at the passing of poet and Aosdána member Derek Mahon. 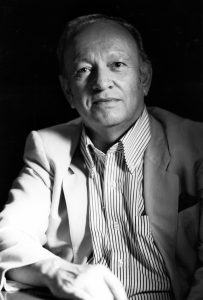 Aosdána and the Arts Council express deep regret at the passing of poet and Aosdána member Derek Mahon.

“In Ireland and around the world, we are suffering an enormous loss. Derek Mahon was a literary giant, talented beyond measure. Within his muscular, tightly constructed poems, he depicted the ordinary and the extraordinary. Unafraid to engage with contemporary themes, his work often questioned how meaningful the work of the artist could be in our modern world. Notwithstanding that, his voice was one that utterly connected, and continues to connect, to people across Ireland and across the world. No one will forget the decision of RTÉ News, in late March, to invoke Derek Mahon’s Everything Is Going to Be All Right at the end of a devastating day in the pandemic; his words gave solace and meaning to people throughout the country when it was most needed. We will need them still.

Mahon’s life was dedicated to his craft, and he wrote across many forms, and was continuously engaged with other artforms. Mahon’s prolific and laurelled career spans almost 60 years; his intellectual and artistic vigour has only grown in the past decade. His latest collection, Against the Clock (Gallery Press) was awarded the Poetry Now Award earlier this year. Speaking on behalf of the judges, poet and Emeritus Fellow of Wadham College in Oxford Bernard O’Donoghue said that Against The Clock is simply a masterpiece, dwelling with style and wit on “love and loss, transience, age and time. It is a model too of how to write autobiographically without being self-absorbed”. The book was “driven by an unfailing poetic energy still singing, still going strong”. Derek Mahon was on the cusp of publishing a new collection, Washing Up, with his longstanding publisher The Gallery Press later in October. His loss will be deeply felt in the world of letters and the arts, and among the people of Ireland. We will continue to read his tremendous body of work for generations to come.”

Born in Belfast in 1941, Derek Mahon was educated at Trinity College Dublin and the Sorbonne. He worked as a journalist and screenwriter in Dublin and London, adapting Irish novels for television, and taught at Barnard College, New York and New York University. His poetry collections included The Hudson Letter (1995), The Yellow Book (1997) and Collected Poems (1999). His last collection was Harbour Lights (2005). He translated plays and poetry by Sophocles, Euripides, Racine, Molière, Nerval and Philippe Jaccottet; the latter work won the C.K. Scott Moncrieff Translation Prize. His other awards included the Irish Times/Aer Lingus Poetry Prize, the Irish-American Cultural Institute Award and Lannan and Guggenheim fellowships. He lived in Kinsale, Co. Cork.

”In poem after poem, Derek Mahon demonstrated that he was a master of form and possessed an artistic imagination of the highest order. Few poets emerge as fully formed in the craft and with such a clear vision of life as he did with his first collection in 1968, Night Crossing. He charted his own singular course with